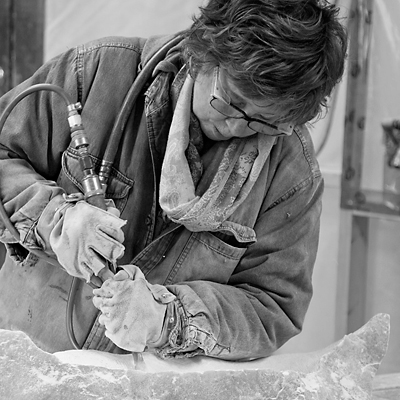 Born in Cleveland, Ohio, Deborah Arnold has been sculpting stone in Almonte, Ontario for three decades. “I feel a fundamental connection to stone,” she says. “Stone has always been the starting point for my work. As a material it embodies strength and history while possessing an innate grace and power.” (Photo by Alan Mirabelli)

A member of the Sculptors Society of Canada, Deborah Arnold’s work has been exhibited in solo and group shows in Ottawa, Almonte, Oshawa, and Toronto, Ontario. In 2001, she completed a public art commission entitled The Power of Three, now installed in Almonte. In 2010, the National Cemetery of Canada acquired her work Inner Egg. In 2022, Canada’s Official Residences Crown Collection acquired her work Purple Fire. She has also completed several private commissions in Canada and the United States. She continues to work with raw stone, including selected forms of chlorite, alabaster, and marble from her Almonte studio.

See more works by Deborah Arnold on our Virtual Gallery 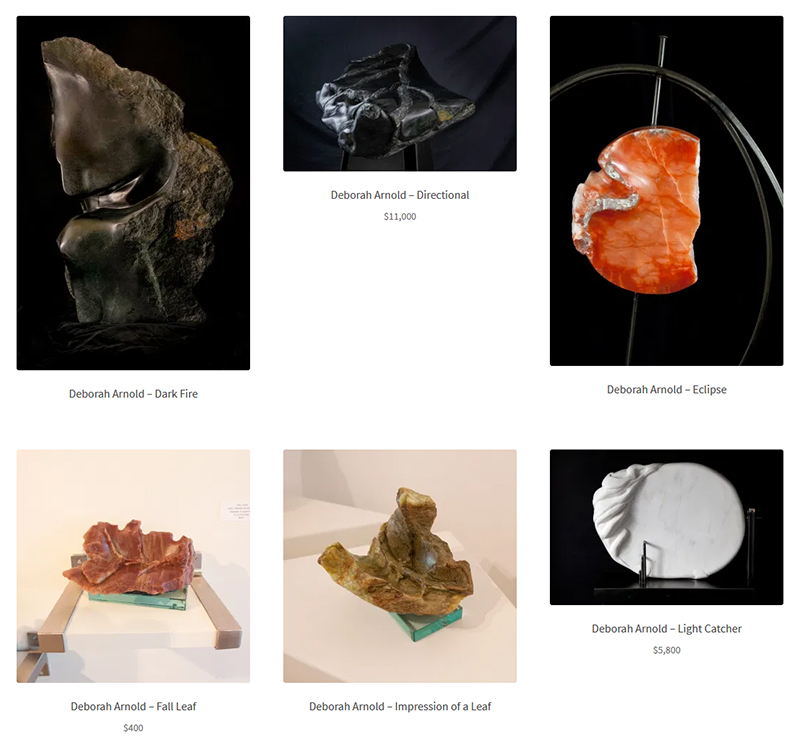