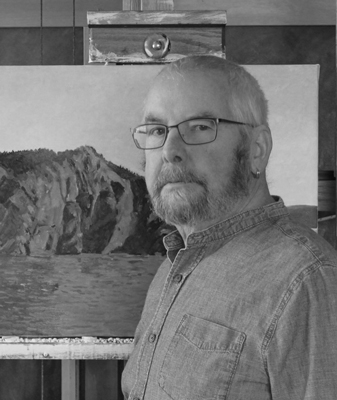 Based in St. John’s, Newfoundland and Labrador, George Horan’s work is inspired by the rugged terrain of the Newfoundland coastal landscape. He began exhibiting his paintings and other works in 1980. From 1989 until 1992, in addition to his own practice, he taught Life Drawing and Portrait Painting and Drawing with Memorial University of Newfoundland. “For me, painting is the pursuit of my obsession with the mysterious and the beautiful”, he states. “These paintings explore the ephemeral and the permanent in life. The boundary between the two elements is often ambiguous as is also the case in our environment and in ourselves.” Working primarily with oils, and sometimes acrylics and other media, the artist’s works invoke both an outward and an inward gaze, inviting the viewer to consider the ageless beauty of the landscape through an introspective prism.

George Horan’s paintings, prints, drawings, and sculpture can be found in numerous private collections in Canada, the United States, United Kingdom, Japan, Brazil, the Netherlands and France. In addition, his works form part of the corporate collections of the Ishiwata Trading Company Limited, Airport Realties Limited, U-Print Canada (Ontario) Limited, Marine Atlantic, the Steele Group of Companies, McInnes Cooper (Barristers and Solicitors), and Cox & Palmer (Barristers and Solicitors). His works can also be found in the permanent collections of Memorial University of Newfoundland, The Rooms, the City of St. John’s, the Government of Newfoundland and Labrador and in the Newfoundland and Labrador Art Bank. In May of 2016, George Horan received a Senior Division Visual Art Award in the annual Arts and Letters Competition in Newfoundland and Labrador. His works have been exhibited in solo and group exhibitions in Newfoundland, Ontario, and France.

See more works by George Horan on our Virtual Gallery 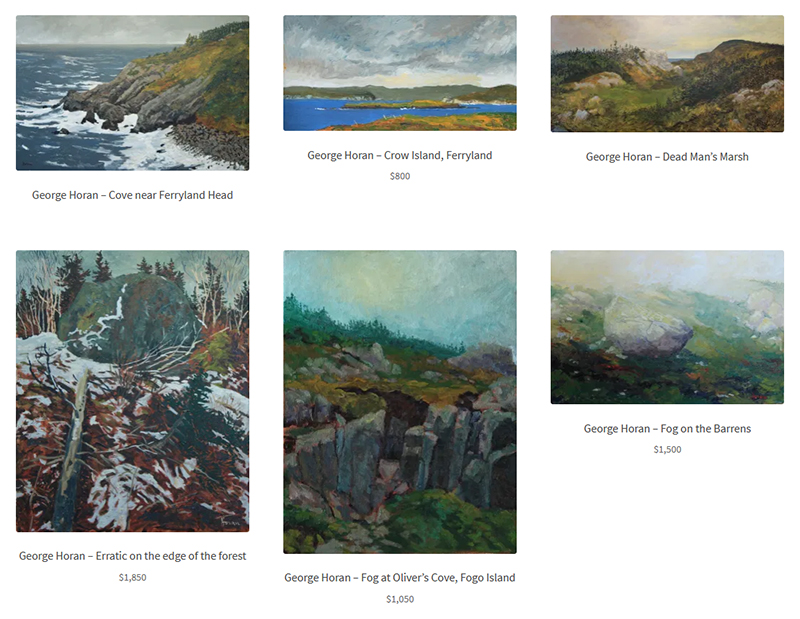