Born in New Brunswick, Louis Thériault began his studies in visual communication at the Nova Scotia College of Art and Design in Halifax, but reoriented his training toward applied science, earning a Bachelor of Applied Science (Industrial Engineering) in 1983 at the Université de Moncton, New Brunswick. His paintings are inspired by the places where he has lived: the Maritime Provinces in his early years, and the Outaouais region in Western Quebec where he currently resides.

Working meticulously with thin coats of acrylic, his subjects are drawn from childhood memories, historical contexts, or current events. With a Cartesian spirit, his compositions exploit perspective, geometry, and trigonometry. “I experiment by moving objects in time or space”, he says, “a house may end up next to a boat, or the moon may end up in an unlikely axis”. His paintings are influenced by the works of Alex Colville, Christopher Pratt, and Tom Forrestall.

Louis Thériault‘s works have been exhibited in New Brunswick, Ontario, and Quebec and are held in many private collections. He currently works from his studio in Gatineau, Quebec.

See more works by Louis Thériault on our Virtual Gallery 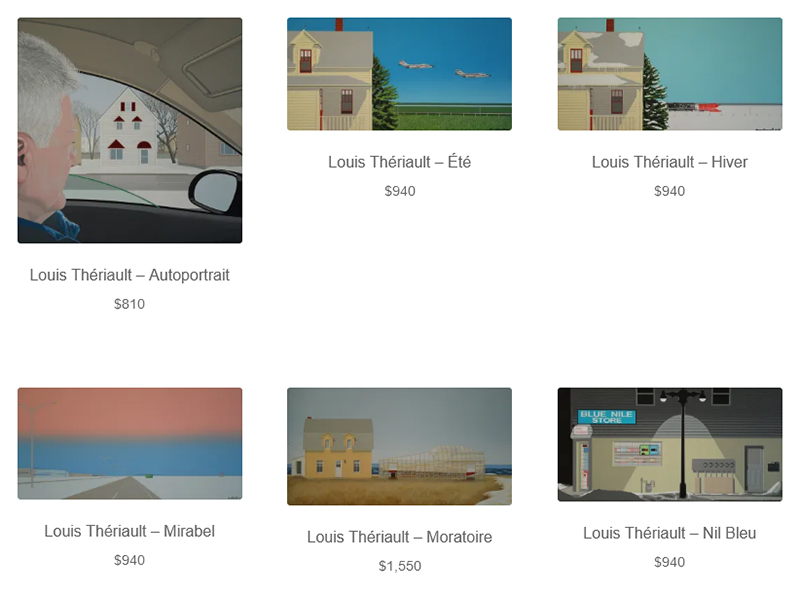